It Has Been a Week

So, I have kind of slacked off the last bit. But I really do have good reasons and excuses (if ever there was such a thing). So let's back track a bit, shall we?

Saturday:
Talk about a day. I woke up about every hour during the night scared to death that I would sleep past the test time. At 5:45am I gave up and actually just got up. After a good hot shower and some breakfast, I was ready to face the test. Okay, not really, but I felt better about everything.
Melinda and I drove to the testing site and got inside. It was a MAD HOUSE of students trying to find the right rooms. I wasn't prepared to see hundreds of people gearing up for a test. We met up with the two other people from our district. We finally found our room for the SLLA test and got in line to check in. I was assigned a seat on the edge of the group by the door. I was okay with that. I liked not having people on both sides of me. It seemed like forever before the test got underway. But, once it started it was really all a blur. Four hours flies by when you are focused on a goal. Handing in my test booklet was actually nice. I studied hard for the test, and I feel (barring the fact that I hope my pencil written test will scan in to their testing bank legibly) I may just pass the test. If not I will have to go to Grand Junction to take it again as it is not offered in Utah again this year. But oh well. I have resigned myself to the fact that I most likely haven't passed (that way I won't be too heart broken if I don't), and will simply take the test in Colorado in June. After the test was over, we (Melinda, my wife, and I) headed down town on the Trax. I had never ridden one before so I quite enjoyed it. We went to Temple Square and walked around and then took the tour of the LDS Conference center. Now THAT was so amazing. All the original art work that they have there is astounding. I took lots of pictures and will be posting those over at my LDS Point of View blog in the near future. After walking around for ever, we walked back to the Trax and back to the motel. That is were most of the photos in the last post came from. As we were walking back across the Olympic Bridge on the U campus, we noticed the sunset. I got all sorts of creative and went for it. I really did get some great shots. We made it back to the motel, rested for a few, and then headed out to get pie (I had French Silk- YUMMY!) and shakes to rewards ourselves for being so amazing! We also went to Wal-Mart (the land of all evilness) and bought some decks of playing cards so we could play Nertz when we got back to the motel. We did and we played until almost midnight. It was fun to visit and play. That was the end of THAT day!

Sunday:
We decided to leave at a decent time Sunday, but not too early! We were up and dressed and eating around 9am, and then packed and out of the motel by 10am. We decided to swing by the olympic park that has been created at the U (since the Opening and Closing ceremonies, etc. were held there). Below is some of the pictures my wife and I took: 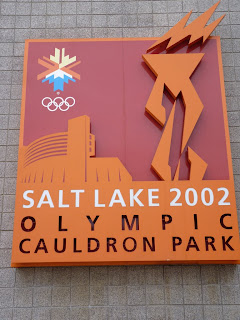 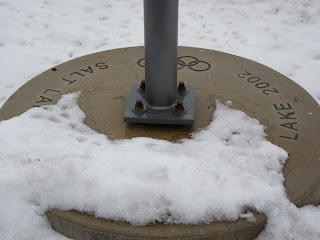 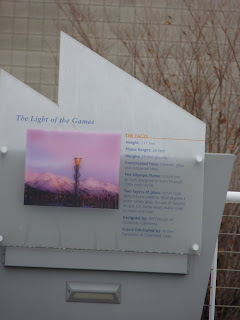 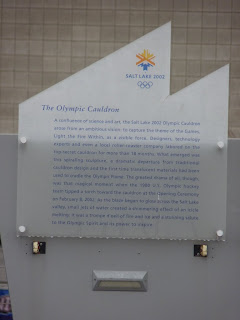 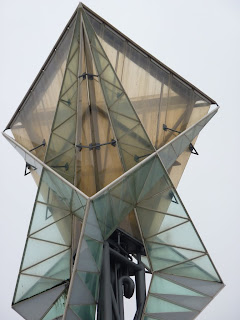 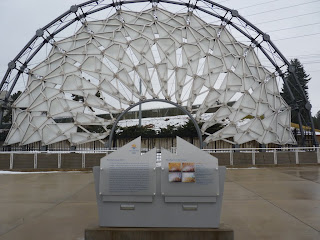 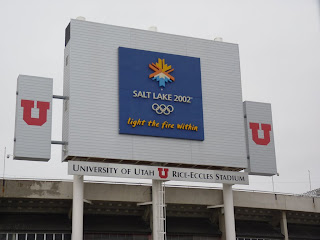 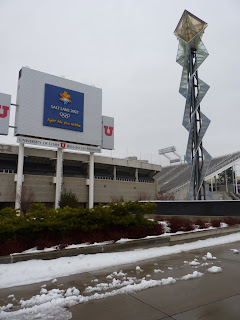 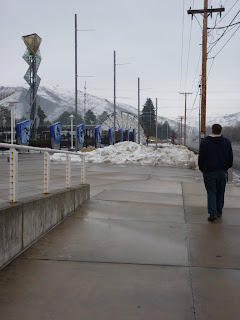 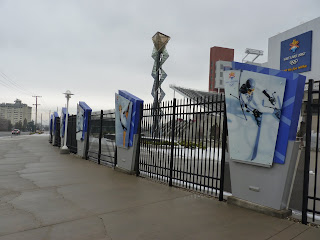 We left the plaza and headed home. We made it home shortly after 1pm. A big thank you to the McFarlane family for all their help. They were so wonderful to help us out! We got home and they were able to escape.
We spent the rest of the day relaxing and spending time together (oh ya, and I had to snake the toilet to get it to flush right- but I did it myself and I am proud of my self for that!).

Monday-Now:
So that brings us to the rest of this week. Monday was no school. However, because of report cards, etc. I spent most of the day there anyways. I won't really complain in that I enjoy being at school and having the time to get things caught up in peace and quiet! I was able to get everything done and I only took 5 hours- blah.

Tuesday was a decent day of school. It was nice to have my students back in the room and move forward. It felt weird however because it left like a Monday pretending to be a Tuesday. But all is well. I did have class after school (and I had to read a crud-load of articles for it). I will be very glad when it is all done.

Wednesday (today) was a day. I would actually rather not really even share it with you (ya, it was that steallar). Let's just leave it at the fact two staff members got after my class for being disrespectful and it only got worse from there. But the day is over, and surprisingly I am in good spirits.