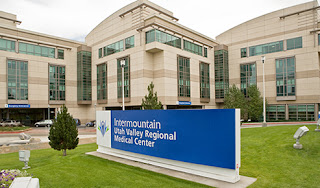 As for the last 3 days, I am not sure what to feel anymore. When I got the phone call on Monday to get to the clinic in town ASAP because my wife might have a heart problem, I had a sinking feeling that things were going to take a turn for the worst. Little did I really know what was in store.

When I got to the clinic, my wife was on an IV and oxygen. She looked tired and emotional (as well she SHOULD be after all her suffering the past few weeks). The PA came in and told us that he was very concerned with her heart rhythms and that he wanted her to go to the Price hospital to be checked out. She was loaded into the ambulance and off she went. I went home and threw stuff in to a bag (thankfully Krisitn and Cindy were there to help me remember items). When she arrived at Castle View, they immediately started running tests: CT Scan, Chest X-ray, EKG, and massive blood tests. My sister-in-law was there and she started demanding answers. She got them too. We found out that, despite out repeated requests to be seen by our doctor to have her seen (more on this another post...I am still trying to work out my anger over how all this happened- it just isn't right!!!) she had become toxic. Her tests revealed massive abbesses within multiple layers of her abdomen and uterus. One was the size of a softball. She had a total of 13 (I think). They also discovered that her blood had become sepsis and she was in trouble (potentially life threatening).


They loaded her up in an ambulance and sent her to Utah Valley Regional Medical Center. My sister drove me to the hospital behind the ambulance. When we arrived they pulled her in the ER and immediately began new tests. They discovered that her system was completely off- her chemicals were way out of whack (potassium was at 2.2 and should have been at 4.0, for example). They decided to put her in the IMCU (intermediate intensive care unit) for the night and had her scheduled for 7am surgery.

Through the night she did improve a little as far rebalancing her system with fluids and chemicals. At 7:00 they took her down to surgery. I told her that I loved her and gave her a kiss. She smiled at me. She went through the double doors at 7:30am, and I was able to see her in her room at around 3pm. The infection had reeked havoc on her body. She had to have a complete hysterectomy. They repaired 7 or 8 abbesses, unstuck her bowel from her abdomen (which the infection had 'cemented' in place) and had to clear lesions off the bowel as well.

It was a long and tense amount of time for me. My mother and father-in-law where here with me (thankfully, I would have been a basket case if I would have had to be alone through that). I began to get so anxious that I thought I would explode.

When I finally got to see my wife, I cried. She looked so fragile and I knew at that moment that I couldn't lose her for anything. That was so hard to see her, sedated and on a respirator. Knowing that she would be sedated until after the final surgery was hard too. She wouldn't even know I was there for over a week. I felt so helpless and guilty. Life is interesting that way...we play the blame game when something goes wrong. I find it ironic that we are willing to avoid taking the blame until it become serious, and then we heap it on ourselves. The nurse explained that it was pretty touch and go for the first while. My sisters Cora and Suzette came to visit with me and one of my good friend from Green River decided to come and take me out (was supposed to be for dinner- ended up being dessert, long story...). My wife had two of her sisters show up as well. We all went to dinner at the Golden Corral. When we returned, we found that her condition had greatly improved. She was much more stable and seemed to be improving. Many family members came and went. I enjoyed seeing and visiting with all of them. After my sisters left I met my friend from Green River and we went to Denny's. We stayed there until almost 2am laughing, being smart alecks, and having fun. I needed that...a lot. When we finished, he dropped me off my wife's aunt's house. I also had him give me a priesthood blessing before he left to drive home (crazy man...2.5 hours home. I almost felt guilty, but I needed that experience. Update: He made it home safe at 4am...I know he will be blessed for his unselfishness in doing service and visiting me!)

I have to say that 5 hours of sleep did my world a lot of good. We have been back here at the hospital now for about 4 hours. The doctors and nurses gave a very positive report this morning stating that she looks really good on paper and they have no major concerns about her condition right now.

Does this mean we are home free?
No! But things are looking really positive for right now. They informed us that she will have a surgery on Friday to check for infection and get clean her up inside again really well, then they will repack it with the sponge pack and wait until Monday and do it again. They are hopeful that Monday they will be able to close the incisions they have made. After that it becomes a waiting game as we wait for her body to start to "wake up" and her organs to function correctly. After her body is in full operation again, we were told it could 5-7 days before they will release her to come home. So, my optimistic outlook is to be home by the middle of June. My  baby girl will miss her birthday (in fact she will still be , most likely, but when we get her home, we will have to have a wonderful celebration of her life), but I am just grateful she is still here to have one.

As for all the wonderful, wonderful people who have given so much for our family, and will be called on to do so much more for us, thank you. It is very humbling to have such an outpouring of love and support directed at us. I know we will never be able to say thank you enough and it most certainly won't be enough- but it is all we have to offer. I can't even begin to list all the calls, offers for help, prayers, sneakily paying cell phone bills to give me more minutes, drives to see us, e-mails, texts, and caring for my 6 babies at home, meals for the kids, park excursions, and much more. We love you and are grateful for all that you have done and are doing still... 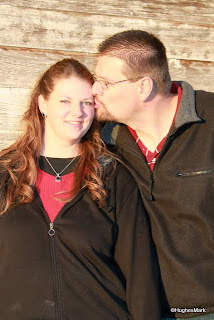