Updates on the Boys!

So our little Z finished t-ball. Here he is with his T-Ball trophy and he is SO proud of it. It is his first trophy and he carried it around with him all day the day he got it. The baseball at the top spins around. He thought that was especially cool! 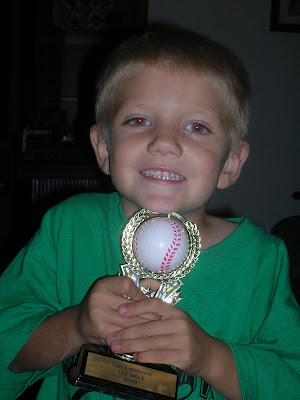 Here is our little Z holding E for the first time. He is SO excited- I LOVE this picture! 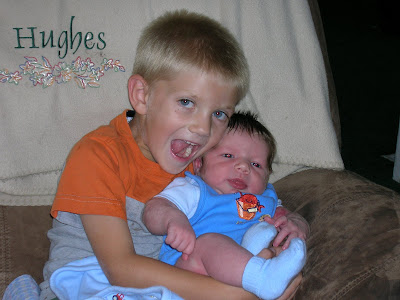 My wife will kill me, but I HAVE to share this picture. She was changing his diaper and suddenly she heard a sound on the couch next to her. She inhaled quickly and grabbed the blanket. As you can possibly see in the picture, we have an amazing shooter! He arched all the way over her head and onto the couch. A couple days later, he made it from the love seat to the couch! You go boy! 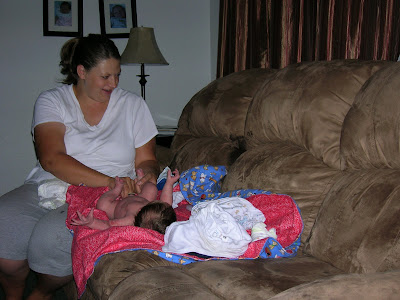 This was the outfit our little E was wearing today. I love it. It has a little picture of a shark on the front. The hat is cute too. Check out the front and then the back! We love this one. 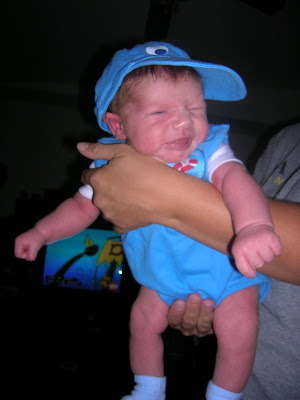 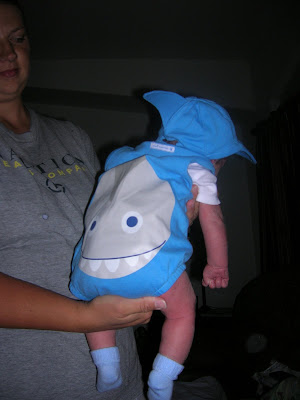 Our oldest just returned after spending three days at his aunt's house enjoying time with his cousins. We sure did miss him while he was gone, but I doubt very much that he missed us much. He played video games, computer, and watched TV/movies with his cousins for 3 days!

This afternoon we got the hallway all cleaned up and what food storage we had put in the cupboards. It is going to be so nice. I think the best part is that now the counter is mostly clear (power tools and paints supplies still there) and hauled out a TON of totes filled with decorations.

Tomorrow is clean the shed day. After that monumental task is complete, we will have completed every single task we had set for ourselves to accomplish this summer! YEA! GO us! Today was also payday and we had the fin job of paying bills. I hate that part of life- Money is direct deposited and then less than 24 hours later all the money is gone and on to some bill or other. But, we will have our van paid off next month and within 2 years (barring a major disaster) we SHOULD be able to be completely out of debt (minus the house)! Keep your fingers crossed- or send me lots of money- ha ha.

Well, it is time to read to my children before I send them off to bed.