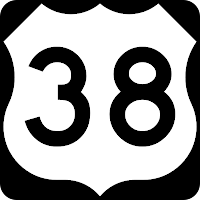 Tuesday kind of got the short end of the stick. Most people loathe Mondays,  Tuesdays are hated because they are still at the beginning of the week, and then everyone starts to like the other days more and more until Saturday is the KING/QUEEN of days (didn't want to be sexist- my M.A. program taught me to avoid that!)

Despite my best intentions, I STILL didn't get out of bed until almost 9am. This has got to stop. I was awake at 7am making a bottle for the baby. After I handed it over, I got everything ready for a shower and then laid down to feed the baby for "a minute" while my wife used the restroom, and the next thing I know it is almost 9am and my parents are at the door. My mom is an amazing lady. She had been very dedicated to making sure our yard looks nice. Between her and our neighbors the Hales (Thanks again you awesome people for helping out so much) our yard looked better than when we were here to take care of it. lol.

I did get up and shower however. Which, in retrospect was kinda dumb, because I went right to work in the already 90+ degree temperature. Yesterday I was able to get 4 load of laundry done, clean both bathrooms, and vacuum the house. This morning my goal was to trim the trees in the yard so they looked more "tree-ish" and less "shrub-ish". What with the help of my son, who happened to come home just as the other kids had headed out with Mrs. McFarlane (for story time, lunch at the school, and playing in the water at the park)- we were able to get everything cleaned up in about a hours worth of time. That was AFTER I had hauled off a HUGE load of old weathered cardboard boxes that we had been putting the back of my old green truck. I won't be doing THAT anymore (putting boxes in the back of the truck, that is).

After the branches were cut and hauled to the dump I turned my attention to the pop can mess in our backyard. We had been given several large bags of cans from an elderly neighbor last fall and the winter was not kind to the bags. So, in the last several days of heat and high wind, cans were becoming a decoration all over the back yard by our shed. I made a second bin and then separated out all the aluminum foil that had been added to the cans by our dear sweet neighbor lady. When that was done, the kids arrived home from their adventure- all happy and wet (thanks Cindy). Everyone got showered and we proceeded to have a lazy day. And it has been nice.

My wife did have a visit from home health today. It was supposed to be their last visit, however, my wife my be getting a yeast infection on her incision. Say What????? This is NOT allowed. So, the nurse cleaned her incision and said they would be back. Ummm... Ya, you will be back...

I was able to make lots of calls that needed to be called today. I called the insurance to clear up a notice I got about the insurance not paying a doctor until they had some medical report. I learned that if the doctor didn't submit the report then I would be responsible for the total amount. I promptly called the doctors office and asked them to submit the needed forms. They said they would. Then I called my life insurance and added the baby as a rider on my policy. I said the best call for last.

I called the doctors office of the doctor...I think we ALL know which doctor...and I was disappointed to learn that the office is closed until Thursday. Guess the excitement will have to wait until then- lol.

Well, it will be time to go and get the kids from Vacation Bible School here in a few minutes so I guess I best end this. Oh, we just had dinner and it was VERY Tasty! Again, thanks to everyone who continues to take good care of us.

I will keep you posted on the possible infection and "the call".