A Visit From St. Nick 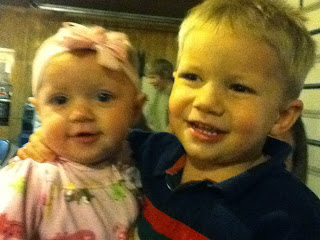 We went to the firehouse today for the annual visit with St. Nick. It was fun to see the kids excited to see the jolly old elf. While we were waiting, My two youngest were more than happy to give hugs for the camera. What a cuties they are! 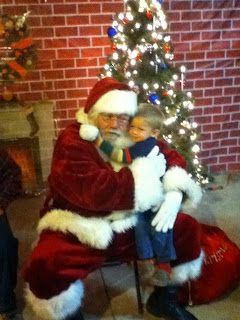 My little boy was SO sweet. He was very anxious to climb on Santa's lap, but once he was there, he gave Santa a HUGE hug. It was really sweet to see him do that. He also proudly told Santa that he wanted Lego's for Christmas. Way to go buddy! 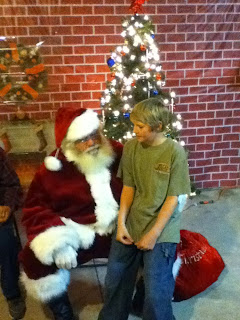 My oldest wasn't too sure about sitting on Santa's lap this year. It is hard to see my son getting all big and old-ish. He is quite the young man. He is in to sports, hanging with his friends, and technology. He is hoping for drums or a Kindle Fire...Good luck with that my friend.... 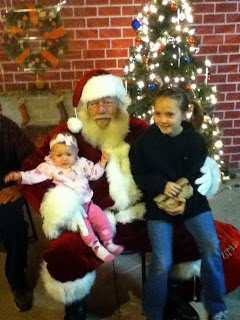 My oldest daughter wanted a picture with her sister on Santa's lap. So we did a quick picture of them together. Such cute girls. Love them both very much! 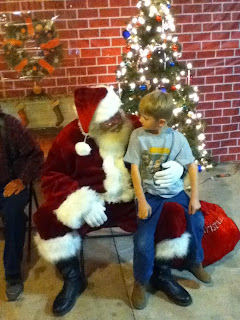 My second son is at a curious age. He is attentive, clever, and observant. He is also the middle child and has the attitude to match (wo is me, I am so picked on). He is hoping to get a cell phone from Santa. He wants to be able to take pictures, film videos, and listen to music. Last year, when he got a scooter and not his money and what ever else, he threw down his gift and pouted. Curious to see if Santa come through this year or not. 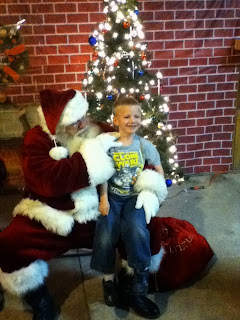 Here is the ham and cheese of our family. With out this child, we would rarely have anything to share with you on our Moments with the Hughes Family blog. He was a little nervous to get up there (and it was funny to watch Santa grunt as he hefted him up) but once he was there he too was ready to spill his Christmas wishes to Santa. This child is hoping to get an Innotab System this year. Seriously? More technology? Sigh... 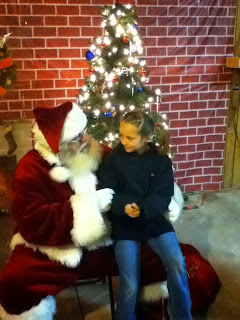 When my daughter had her turn she was a little shy, but not unwilling. She climbed on up and told Santa that she wanted an Easy-Bake oven for her Christmas. Interesting choice, to say to least. I guess I can have her whip me up a batch of cookies if I ever get the rumblies that only cookies can satisfy! Yea! 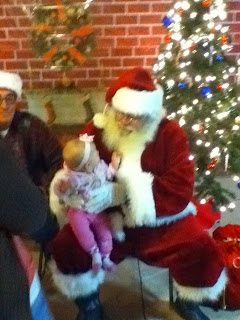 Little miss was not at ALL into Santa. She smiled for a moment, tried yanking off his beard, and then broke down into tears. So, needless to say, that one didn't last long at all.
Well, I guess that wraps up another firehouse with Santa.

It is time to get back to our evening of festivities. Homemade pizza, looking at the lights in town, and opening a gift or two early. I wish everyone a very Merry Christmas!