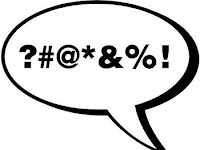 When I made my way to school, (earlier than usual to finish up a few loose ends before school started today), I didn't expect to have the end to the day that I did.

Before I tell about the event, I believe that a little back story is in order. In class, I have started giving a pre-test for our math lesson . If the student can pass the pre-test, they don't have to listen to the lesson- rather they can start on their quiz and math set right away. This has been working quite well. I made a change the other day that required the students to be at school early enough to complete the pre-test before school began. I told them I could no longer give up 5-minutes of teaching time to wait for them to take the pre-test when only a small fraction of them were interested in taking it. I have about 4-6 students out of my 18 that attempt it each time, and usually 3-4 of those make the cut (students are allowed to miss ONE of the pre-test questions and still be exempt).

This morning, I had a student take the test, but not pass by one question. This student became sullen and frustrated. He/she listened through the lesson, entered the answers into the remote response system that I use with my SMART Board software, and helped his/her math partner. When the time came to work, this student got right to work on the quiz and ultimately the set.

I didn't think another thing about it...until this afternoon when I was checking the math quizzes from this morning and entering grades into the computer. One paper caught me attention right away. I noticed that this paper had several areas scribbled out and that the problems had been done in, well, let's say an aggressive form (heavy dark lines and scribbles). Then my eye caught a sentence that had been erased, but not too well. Almost like the student WANTED me to see it. It said, "You are a _____hole Mr. H".

At first I was shocked, then angry- how DARE this student say that about me...this quickly gave way to disappointment. I have worked with and for the this student for 125 schools days. Patiently helped, dealt with parent concerns, encouraged, and laughed along with him/her. And then to have THIS happen.

I went and talked to my administrator to get some advice. The goal wasn't to make it a big deal- after all, we all get frustrated and upset and do things without our brains permission. I wasn't thinking clearly. I needed some direction. After some words of wisdom for our school sage, I returned to the room and asked the student to join me in the hallway.

Imagine the shock when I handed the paper to the student and asked for an explanation. We had a good discussion where I was able to hear the student's excuses and I got to share my deep disappointment over this matter. I also explained that while the principal would most likely be discussing the matter with him/her in the morning. I asked for an apology, however not at that moment. I wanted the student to think about what they chose to do and the reasons behind it.

Then I dispensed the wisdom I had sought out. I looked at the students and said something along the lines that I didn't really want to bring parents into the matter at this point. Everyone makes mistakes and he/she had made a big one. But, if there were no further problems that we would keep this between us (and the principal) and this time. I also said that I would be keep the paper in the students file. Then we returned to class.

I have been called far worse things during my 12 years of teaching and some of the worst have been in person. In fact, I have had several students over the years share with me exactly how they feel about me in direct and inappropriate vocabulary words. I mean, come on- we have ALL said or thought horrible things about some of our teachers. But hopefully it was in our head or in a private journal. I don't pretend to think that all my students love/like/enjoy me as their teacher. That's okay. I am their teacher first, friend second. My job is to educate them, not baby them.

However, it isn't any less hurtful to have it written on a piece of paper and know that it came from a 12-year-old's brain with the excuse being "But it's all I hear at home...".

I guess it is these experiences that just add to the 'adventure' of being a teacher.