Okay,
So my 6th grade students ask every year why they can't throw snowballs at school, and every year I have to explain that it is a rule of the school and we follow it. They moan and complain and then we move on with our lives (often with kids getting school write-ups for throwing them anyways).

Well, this year, my kindergartner has asked everyday since it has snowed if we could have a snowball fight. Sadly, during school hours I had to tell him that we couldn't. I keep thinking that I could take him out when we get home from school and have a few minutes of fun. However, by the time I would get home from school, it was too dark and cold to go outside (and he has been sick as it is).

So, I thought and thought about what I could do to have a snowball fight with my son. The idea hit me like a cold snowball in the face... WHY NOT MAKE A SIGHT WORD GAME THAT WAS BASED ON A SNOWBALL FIGHT? This would allow my son to practice his sight words/alphabet (he spells the ones he can't read) AND have that needed snowball fight.

I set to work yesterday and after about 4 hours had a game that I felt would "hit the spot". I love how it turned out and he (and his brothers and sisters) have loved playing it. Even my 12 year old enjoys the game. He keeps asking me to make a version with "big kid" words. Something to think about, however I don't know if many middle school teachers are going to have time/desire to play vocabulary games. This game might be an exception where it could be played in teams.

Anyways, I knew that my son would want the game to have some twists, so I added "miss" cards and "thaw" cards that would allow for alternate ways to play the game. Here is how it looks in action: 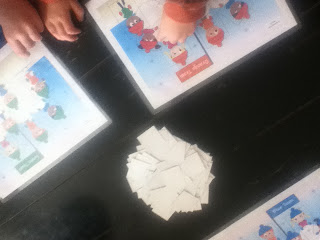 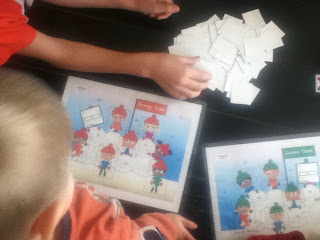 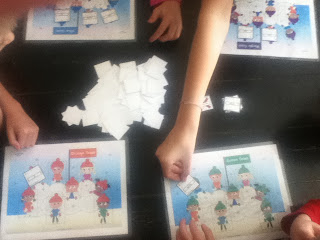 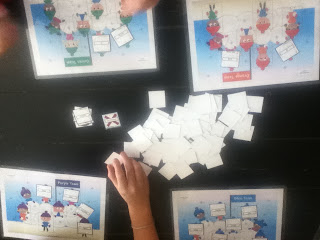 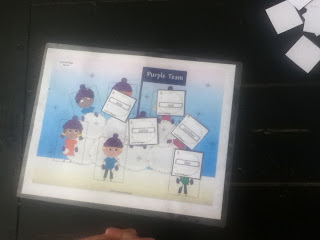 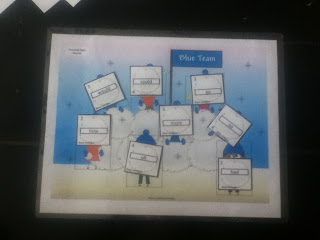 This game may not be exactly like being out in the crisp winter air with snow flying in all directions, but, this IS a game that I know my kids will play again and again AND it is school approved. I won't have to send any of my 6th graders or their 1st grade reading buddies to the office for being part of THIS snowball fight! 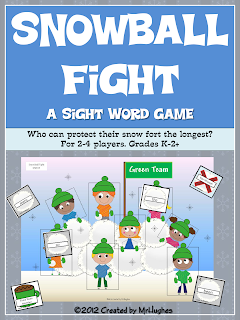