For the past week I have been studying plural nouns with my 5th grade writing class. They seemed to be doing okay with the many different rules that apply to making nouns plural. But, I wanted a fun, yet engaging way to test their knowledge.

I had been browsing Pinterest when I happened to see a fun idea for a word maze. The one I saw was actually a sight word type "find your way" activity. I knew what I was going to do.

I had a fun set of 4 mazes with which to test my students knowledge. In my mind, I was thinking- total piece of cake! They will zip through these, so I went and added Extended Practice Boxes on the bottom of each maze. Now I was ready.

This morning I made copies of the first two mazes only, because I didn't know what to expect, honestly. I will say they were a big hit- for MOST kids! A few, the ones that hadn't been doing their homework and/or participating in class found that it was frustrating! Even my advanced kids had to really stop and think about if ANY of the touching squares contained words that would fit the rule for the mystery path!

I was also pleased to see that the extended practice box pushed them to really think beyond what we were doing on this maze!

I was pleasantly surprised as well as I wandered around the dialogue that the students were having with each other about why a word did or did not fit the rule (we were working with the "just add -s" rule). Many of the students had a problem and did NOT find the correct path. I guess in the future, I could star a word that IS in the path so that they will know if they are on "the right path'- ha ha. 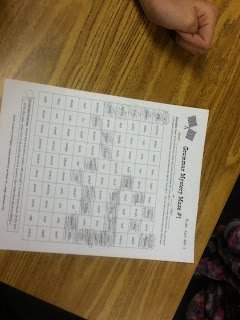 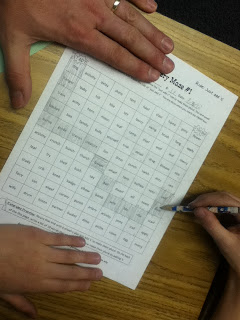 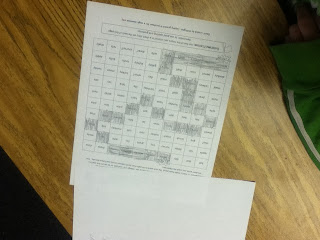 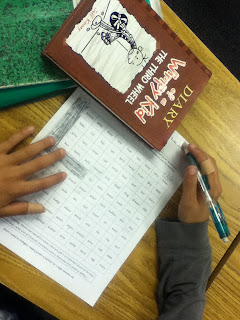 At the end, I put a blank one under the document camera and we went over it as a class and checked our mazes. I must say, it was fun to go over it together at the end and have a good class discussion on the rule. I can't wait to do the other three mazes with my kiddos. The entire process of working alone, comparing, and then discussing as a class took about 15 minutes. Some students finished early, some weren't finished. But everyone enjoyed the activity. WAHOO! 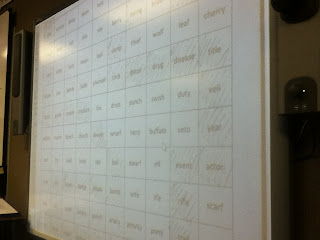 We are going to work on maze #2 tomorrow for review and then move on in our Idiom unit (that's a toughie to teach as well...phew!). Thanks for stopping by.
Have a great day and happy plural noun teaching to you!
-Mr. Hughes


If you are interested in taking a peek at my Plural Noun Mystery Mazes, click on the picture below! 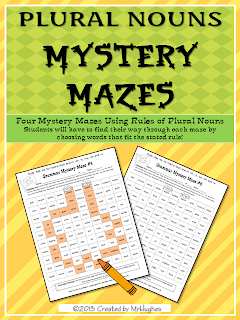