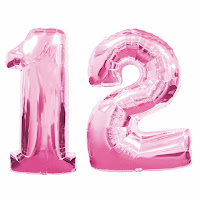 What a glorious day this promises to be. Add to that the fact that it is my sweetheart's birthday today and you have the makin's for one heck of a day.

Happy Birthday Love...You deserve to have the best day ever!
I thought that getting home so late last night would really make it hard to be here early to share her day before her surgery. But, just like every other day, my eyes popped open at 7:15am. I am beginning to wonder if there is some hidden device or perhaps some daily vehicle drives by...I am not sure. Whatever the case, I was awake. I wanted to go back to sleep, but I really wanted to have time with her before her surgery because after it, she wouldn't be as into doing things.
I read her all the e-mails (like 60+ of them...way to go- thanks for your help with that). She really enjoyed hearing your birthday wishes and thoughts. She smiled a lot and cried some. It was awesome. If you want to still send them, please feel free to do so. She truly loves to hear about you and what you are doing. Just have a gab session with her. Anyways, I digress...
After I read her her cards, she wanted to play a card game. Well, I didn't exactly bring any card games with me so I knew this would be my chance to hit the gift shop and get her a present...apparently a card game...lol.
After being gouged and paying WAY too much for UNO (totally worth it for my wife) I got a birthday balloon (which she CAN have balloons as long as there is NO LATEX) and had the Pink Ladies put her game in a bag and add pretty paper..etc. etc. etc.
When I got back to the room, my aunt and her husband were visiting with my wife. It was nice to see them for a few minutes. After they left, my wife opened her gift and we played UNO. I won't mention here that I lost to her in the one game we were to played. It was actually quite embarrassing. We won't discuss this anymore...moving on.
We received notification that they were on their way up to take her to surgery. So I kissed her and told her I would see her after her surgery and was a new woman---all closed up and "stuff". She half-smiled.
Just a few short minutes later I was sitting in the waiting area by myself. That was new because I have had someone with me for all four of the other operations. Interestingly enough, Melinda Durrant and her parents showed up to visit. That was nice (thanks for the nice gifts) to have someone to talk with. Shortly after they left my wife's mother and one of her sisters arrived. Her aunt also arrived. We waited through to operation. It was about 2 hours long.
Dr. Lichti came out and explained the situation to us. He told us he closed the abdomen, added a graft, and added 5 drains. I watched her wheeled past as he continued to explain all about the surgery.
We waited about 1/2 hour before venturing up to her room. She was in pretty rough shape. It was nice to see her. From there we went to dinner at Apple Bee's (YUMMY) and then returned to have a small birthday party in her room. We had 10 of us in her room at once. I am hoping to do a birthday post tomorrow with pictures of her "stuff" and the wall in it's current state. Anyways, a big banner was hung, gifts were given, and tears were shed. We then gave her a blessing. I was the one who gave the blessing. It was nice to provide that service for me wife. I recorded her family singing to her. That was really neat.
After all of that was done, we all headed to Arctic Circle for ice cream. FINALLY, I got some. I have been wanting it for along time now.
I have since been sitting here with my wife working on blogging, journaling, and chatting. I just realized that I am spending so much time updating, writing, and journaling that I am missing the actual experience. I won't go off-line completely, and I promise to update often, but I need to focus more time on my wife. So, don't worry if there are less postings...FB updates...or other things.
We love all of you for your love, support, prayers, thoughts, and other ways of service.
Here is to one wonderful woman who had a birthday in ICU and is still upbeat and optimistic. That alone shows that she is one her road to recovery.
Later...
at 1:00 AM