In Memory of my Brother-In-Law 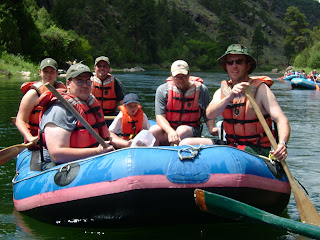 This is the Millett Clan gathered to tell Dustin goodbye when he left for his mission in Japan. 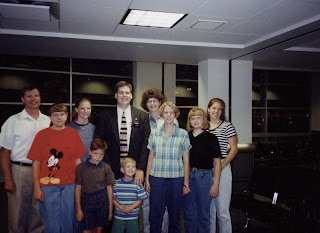 Dustin and his wife, Ashely 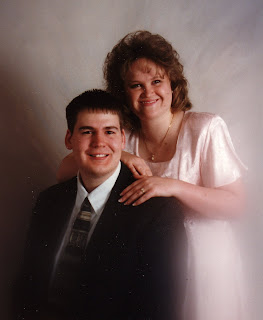 Dug this one up from the Family Photo CD. It just looked like the Dustin I always knew.

Here was the Newspaper Report:
VAIL VALLEY, Colorado — A Grand Junction man was killed early Wednesday in a one-car crash on Interstate 70 in the Vail Valley east of Avon.

The Colorado State Patrol reports the accident occurred shortly before 6:30 a.m. May 5.

Dustin Millett, 32, of Grand Junction, was driving west on I-70 in a 2007 Nissan Titan pickup. The truck drifted off the left side of the roadway and collided with a post. According to the State Patrol, Millett overcorrected and swerved back across the westbound lanes. The truck ran off the right side of the roadway, rolling coming to rest on its right side, facing north.

Millett was pronounced dead at the scene. A passenger, James D. Wood, 33, of Montrose, was transported to Vail Valley Medical Center with moderate injuries. Neither man was wearing a seatbelt.