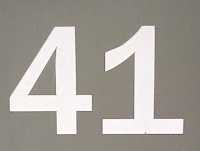 July 1st. Wow. Where is my summer going? I can't describe how nice it is to be home on this wonderful day. But I wish I was better able to get things done at school I need to do. But I refuse to leave my wife alone still. She is much more important than anything else I have to do.

So, to recap, I had to end that last post last night (June 30th) because we had to head to the ER in Provo. My wife had been feeling ill all day and started to feel achy all over, had a temperature, was restless, and the incision ached. Our home health nurse told us to go immediately to the ER in Provo. So, we put that plan into action pronto.

After I signed off, it was craziness in the house. I quickly made several calls and had people here ready to help with the kids in less than 5 minutes. I also had a friend over to help give a priesthood blessing before we headed out.

It only took three trips back in the house before I thought we had everything we needed. We still didn't (I forgot my computer bag for example), but oh well. We headed out on the two hour drive to the Provo ER. We tried to let everyone know what was going on while we were traveling. Sorry if we left someone out. We were a little pre-occupied.

We arrived at the UVRMC ER around midnight and got her registered and in. I was amazed we didn't even have to wait. I don't know if it was because there wasn't really anyone else there OR if they pulled up her medical chart and decided to admit her pronto. Either way, within 10 minutes of walking through the door, she was in an exam room in her little hospital gown laying in the bed waiting. Talk about NIGHTMARE Deja Vu. Fast forward 20 more minutes and we have an IV, a medical history, and a decision to do a CT Scan with contrast to check for infection in her abdomen.

It was 1:20am when she started drinking the CT liquid. She had to drink a small amount every 10 minutes and then wait an additional 20 minutes before they could take her to the CT Scanning room. I was struggling so hard to stay awake. I kept almost falling off the little chair they had set up for me. It was quite nerve wracking to sit and wait for the doctor to return and present the results. I couldn't decide if the long wait was a sign that they were doing a close inspection from previous CT Scans or if they were making preparations to get her ready for another surgery. Between that and fighting to stay awake it was a VERY long early morning. It was around 4:30am when the doctor came in apologizing for the delay. He said that the radiologist took longer to look at it than he thought.

He told us that there were no visible abscesses. He said that the incisions were looking really good and that the fluid around them was shrinking as well. So that was good.

2) He could treat her as if she had a UTI and give her the anti-bitoics for that.

3) He could write the prescription for the UTI anti-biotic and then we could fill it if the culture returns positive.

4) He said that they could do nothing and discharge her. (This was NOT an option for us and we made that clear).

We explained that we lived 2 hours away and wanted the "plan" that would best serve us.

We decided that he would do a culture for the UTI and we would take a prescription for  the anti-biotic and fill it if needed. That seemed to work for all the parties involved.

When we finally left the ER it was 5am. We were exhausted. We knew that we wouldn't make it home safely, although I will admit it was VERY tempting to attempt. We ended up at Mr. Z's house. We didn't hardly move until almost 11am. We got ready for the day and got ready to head home when we were offered lunch and a movie. We decided that we would accept. After returning to Mr. Z's  home, we visited for a bit and then headed out to come home.

We made it home around 7pm and headed right over to my brother's to get my kids. My daughter was at bible school still, so we visited for a bit before heading out to pick her up. With the herd in the van, we returned to our home. AGAIN! Yea.

This evening has been spent simply spending time with my babies.

Oh, I guess I should share that Dr. G called my house this morning. My daughter told him that we had to take my wife back to the hospital. lol. He had also called and left a message on my cell-phone but most of it was static, so I am not sure what happened there. I can't really explain the feelings of having that man on the other end of the phone. I am not going to give a transcript of the call, but I will say that I didn't raise my voice in anger, I didn't feel angry anymore towards him, and I was able to communicate our frustrations and concerns. I could tell he was very sorry, very worried about my wife, and very willing to help in any way possible. He shared many ideas of what he had in mind and we discussed several options. I made it clear to him that we would not be suing him, that we didn't hate him, and that we planned to simply pick up the pieces and move on in our lives. We also told him that we would be finding a new doctor as we felt it would be awkward and there was a trust issue, but that maybe someday in the future we would think about returning to him. I expressed my anger over what his nurse had told my wife and expressed how inappropriate her comment was. I think I was able to share everything that I wanted to share. So, that is that.

It is VERY late and I am VERY tired. Tomorrow is another day with more stories waiting to be discovered and shared. Until then...