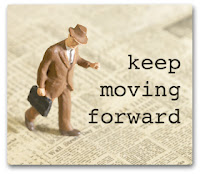 I can't believe that it has been two days since I last wrote. Much has happened.

I have made huge progress in my classroom. I really need to take some pictures to show off my amazingness. However, without the before picture, it wouldn't be as impressive, so whatever. I have tossed out about half a dumpster so far, have set out a huge pile for donation, donated tons of my teacher books to the school's professional library, and have removed multiple pieces of furniture from my room. It really is looking pretty good. I still have a file cabinet to go through and my poster drawers to clean up, but I really think that I have gone through every other cupboard I own. I am working hard to stick to the rule: "If I haven't used it in the past 3 years it is gone".
In medical related news, we got a bill from the Price ER doctor today, which I promptly paid. After all, he IS the one who figured out what was wrong with my wife. Of course the lady doing the payments charged $1 more than the bill was for. I noticed when I went to my back account and saw the pending charge. I promptly called back and asked why I was charged the extra dollar. She mumbled a bit and then voided the first charge and set up correctly. Hope the billing office doesn't skim on everyone like that. That could make someone a lot of illegal money. I almost let it go through to see what they would say and do, but I didn't want to deal with them later.
I also got a letter from the insurance stating they need "more info" from the hospital before they can process the claim. I was on the phone pronto because I will be danged if I am going to stuck with the quarter million dollar bill from UVRMC. Yes, you read that right. The bill was nearly a quarter million dollars. And THAT was just the hospital bill. I am anxious to see just how much is covered. I hope A LOT!
Today I also received a phone call from the Utah State Office of Education. Normally, that probably wouldn't be a very good thing, but in this case it is pretty neat news. I was informed that my application to be in the UPPAC (Utah Professional Practice Advisory Commission) was accepted. It is a state superintendent appointed position. I will be serving for 3 years in the appointment. I have meetings once a month in Salt Lake and then other meetings as needed for legal hearing for teachers who get in trouble. I will let you know more of the specifics of the job when I get done with my orientation meeting sometime before August 12th. That is my first meeting. While I don't get paid for being on the commission, I do get mileage reimbursement, meals, and lodging. So, what ever. Oh, and they do pay for my sub during the school year as well. I will sure look good on my resume for "someday". So that is pretty exciting news.
Well, we have a BBQ with my parents and the Roberstons here in a few minutes. I am excited. I love BBQ and it will be nice to relax and visit. Hopefully we won't melt in the soggy heat.
Later...
at 6:07 PM