So,
Apparently I am currently not committed to blogging anymore, and I won't apologize for that. However, I will give some background to the pictures below.

This picture is from my son's birthday. His birthday was on the 15th. We have a great little family party. He really enjoyed his gifts which included a new MP3 player, a nerf gun or two, some jammies, and other little toys. 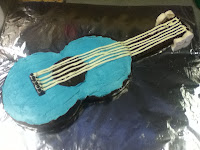 Yesterday, with some friends over to visit, our family went for a hike up a side canyon out near the river beach. We did this as a family several times before Eli was born, and it was nice to be out hiking again. When we reached the end of the canyon, we stopped and snacked on string cheese, crackers, apples, and water. 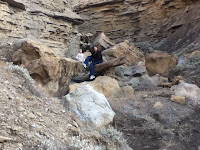 This is a picture looking back down the the canyon up which we had just hiked. In fact the next several pictures are of that very thing, the canyon. See if you can spot the kids in many of them. 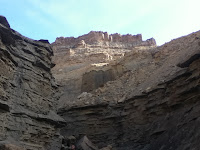 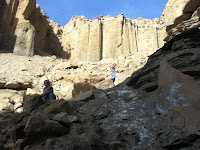 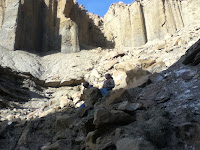 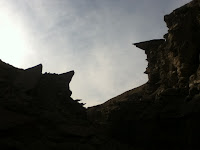 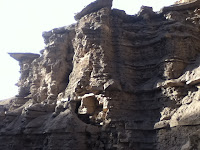 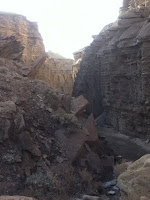 We had to scale a section of the canyon that had recently collapsed. It was interesting to see and caused us to remember that hiking requires care and being observant of your surroundings. My littlest son sure had a fun time. He refused to be carried the entire way up, so the going was a little slow, but he was in heaven climbing and playing. 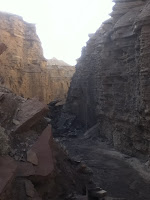 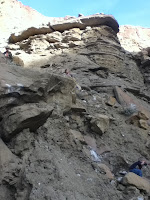 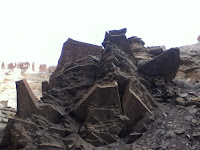 After we got back home (we also explored the abandoned White Sands Missile Base facility here in town as well), my mom and dad came to see my birthday boy and bring him some more goodies. He got new shoes, unders, and a digital camera. He LOVES his camera and I have already had to unload it once. Thanks grandma and grandpa Hughes. 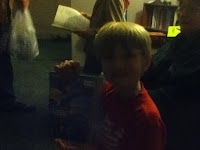 It has been a wonderfully relaxing weekend, and the best part?
There is no school tomorrow!